Austin Market Update: Where Are We Going in 2022? 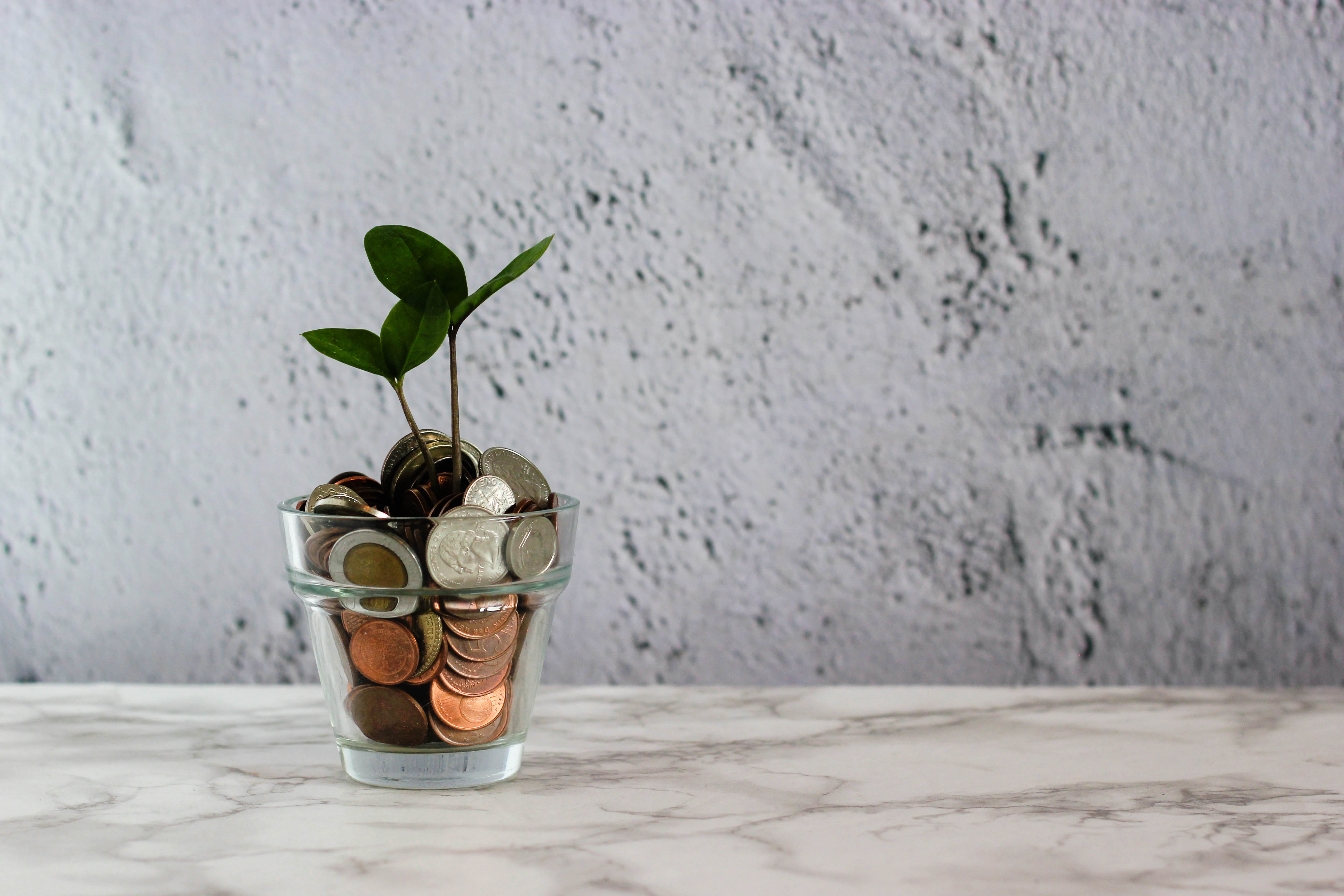 Summer is officially kicked into high gear and the scales have begun tipping in buyers' favor over the past month.

Interest rate are rising, more homes are hitting the market, and there are more price reductions than we've seen over the past 12 months.

TLDR of this article is that it's a good time to be a buyer...so long as you can still comfortably qualify for your target price range.

Let's get into it.

This is on everyone's mind so I'm going to start here.

On June 15, 2022, the Fed announced that it's increase its benchmark interest rate by .75%, which is the highest hike since 1994. They confirmed that this would take effect yesterday, July 6.

Today, rates for a 30-year fixed mortgage sit at around 5.8%. Historically, this is still quite low. The year I was born, 1995, interest rates were around 9%. And in the early 80s, interest rates were as high as 18.5%. Thankfully we're not quite there yet. But for folks in their 20s and 30s, 6% is the highest interest we've seen in our adult lives so it can seem scary.

But analysts suspect that rate increases will begin to taper off at the end of this year and decrease in early 2023. It's hard to say whether this timeline is realistic, though.

Inflation has gotten out of hand over the past year and the hikes in interest rates will need to continue until inflation can be reigned in.

It will be interesting to see how the effects of inflation, a slowing economy, and rising rates will affect the potential of a recession in the rest of 2022 into 2023.

At the end of the day, though, interest rates today are at around 5.8%. In January, rates were sitting at around 3.5%. While it may seem like a small difference, this rate difference will force many buyers to recalibrate expectations compared to earlier in the year. The type of house you could afford in January is different from March, which is different from today.

So what do these rate increases mean for you realistically? Let's use real examples on a real timeline.

I'm going to use three real homes from MLS, which are all located on the East Side in 78702.

You're pre-approved and ready to roll.

Like I mentioned, I'm going to use real homes for this article. Here are Tillery Square's details.

If you purchased that same house today but at the current 5.83% interest rate, your monthly mortgage would be around $5,850. This is almost a 20% increase, which could be enough to disqualify you for the loan depending on your debt-to-income ratio (DTI).

You're pre-approved and know that you'll likely end up in a multiple offer situation where you're offering 5% to 20% over asking price to get the house under contract.

You find a property you love and, as is par for the course at this time, you enter into a multiple offer situation. After submitting your best and final offer and 24 hours of panic, your offer is accepted. You end up closing on the home for $731,000.

Compared to Tillery Square, Sanchez Street is less centrally-located, slightly smaller, and has 1.5 fewer bathrooms. The big pro for Sanchez Street is that it's on its own lot instead of an A/B unit. Overall though, I think it's fair to say that buying Tillery Square in January would have been a better move. Hindsight is 20/20, though and you still ended up with a nice home at a reasonable price.

With 10% down, your mortgage would be around $5,075 per month, which is $175 more expensive than Tillery Square and an objectively less nice house.

Let's say you decided to hold off on buying in January and got overwhelmed in March. But now it's July and you're ready to kick into high gear.

You speak with your lender and they say that you're nearly maxed out on your DTI, which means that your monthly payment would need to be around or below $5,000 per month.

With interest rates at 5.83%, this would lower your maximum price to $625,000. This is a 20% price difference from what you could afford in January and March. Ouch.

Compared to Tillery Square, this home has 1.5 fewer bathrooms, is nearly 2.5x smaller, and is 80 years older.

Compared to Sanchez Street, this home is half the size, but more centrally-located.

Your payment at Santa Rita would be $4,875 per month, which is $25 cheaper than Tillery Square's property and $200 cheaper than Sanchez Street.

So in 6 months, the quality of the home you can buy in your price range has significantly decreased because the mortgages have gotten so much more expensive.

This scenario is tough. My best advice for someone in this situation is to recalibrate expectations and adjust search criteria.

This could mean reconsidering neighborhoods that are farther out (examples could include Mueller, Montopolis, or South Austin), looking at condos, or renting for another year in hopes that the market cools down. There are plenty of other creative solutions as well, such as purchasing the property with a trusted friend or family member.

Similar to Scenario 3, let's say you decided to hold off on buying in January and got overwhelmed in March. But now it's July and you're ready to go.

BUT let's say that you were super conservative in your original budget back in Q1. You speak with your lender and they say that you have a lot of room left in your DTI ratio.

This is great news because you can still afford your original price range of $725,000 to $775,000 for a home, even though your monthly mortgage has increased to around $6,300 per month.

Keep in mind that between January and today (July), the market has been a roller coaster.

In January, there was a little bit of a lull and interest rates were low. The quality of home you could afford back then was highest (Reminder that Tillery Square closed at $750,000, is a 2/2.5, and located in Govalle/Holly).

By March, though, homes in your price range were going into multiple offers and going under contract for anywhere from 3% to 20% over asking price. At this time, the quality of home you could afford was average. (Reminder that Sanchez Street closed at $731,000, is a 2/1, and located 2.5 miles farther north in Chestnut).

With the market booming and cooling, you've had to recalibrate your expectations several times, even though your price range has remained between $725,000 and $775,000

There are homes hitting in the $725,000 to $775,000 range that are attractive and well-located like this E 2nd Street home. This bungalow has also been sitting on the market for 90 days, which means a buyer has a lot of leverage in negotiations.

While it's not as strong of a home compared to Tillery Square in January, it's a superior house compared to Sanchez Street in March.

The Fed is saying that rates will taper in 2023. If this ends up happening, I would recommend refinancing once rates drop down towards 4%, which would lower your monthly mortgage to around $4,950 per month, $125 lower than Sanchez Street.

If you're in this camp, my best advice is to diligently watch the market in the coming months.

Make sure you're pre-approval is ready to go and be prepared to pull the trigger.

This is a great time to be a buyer because it's possible to negotiate somewhat aggressively.

As shown with the E 2nd Street home, there are properties in all price ranges that have now been sitting on the market for 14+ days and are now getting reduced in price. This means that you may be able to snag a home that you otherwise wouldn't have been able to afford back in March when the market was ripping.

At the end of the day, tons of inventory is hitting the market each week compared to a few months ago. It's a Thursday as I write this and we've had 270 homes hit the market...and 265 additional homes have reduced their asking price.

This is the most "balanced" market we've seen in the past two years in Austin, but it is still very much a seller's market. To assess the market's balance, inventory is a reliable metric. To calculate it, you divide the number of active listings by the average monthly sales over the past month. If that number is between 0 and 4, it's a seller's market (like right now), if it’s 5 to 6, it’s neutral, and if it’s over 7, it’s a buyer’s market.

Our inventory is still low, coming in at just 1.17 months, which is around 35 days. It's certainly an improvement from Q1, when our inventory was hovering at around 2 weeks.

If you're in a position where you can afford to buy now and refinance later, I highly recommend taking advantage of your position.

While times are uncertain, buyers need to adapt and roll with the punches.

It's also good to remember that you can always refinance later. You will not be in the same mortgage for its full 30-year term.

While we're certainly not in a buyer's market, buyers are getting tastes of a fairer field. Concessions that were considered standard in Q1 are no longer absolutely necessary.

Multiple offer situations are less common, too. This often means that buyers don't need to submit offers 15% over the asking price with a full appraisal waiver, 5% earnest money, a 3 day option period for $3,000, pay for the title policy, etc.

It's imperative that you have an agent who understands the new expectations of this market.

If you're interested in your options, the next immediate next step is to speak with a local lender. Be sure to understand what your price range is and what makes the most sense for you, your finances, and your family. For some, this can lead to putting off buying for a year. For others, this can lead to excitement because there's a good deal to be made.

Finally, a reminder that I'm in the trenches with you. I am putting my money where my mouth is because I'm very bullish on Austin on a long-term scale.

My husband and I are under contract on our next home as of a couple weeks ago and we got a great "deal" on a spot that we wouldn't have been able to comfortably afford in March. While prices may be reducing here and there, I do believe that prices will trend significantly upwards over the coming decades. And now's the time to take advantage of it.

Ready to talk about your options? Feel free to drop me a line!

No items found.
All Posts